We celebrate this successful 2017 edition of ENFF! More viewers than ever! We warmly thank everybody for the support, pleasurable moments and positive responses to the various programs of the Festival.

We screened 43 most exciting films from Eastern and South-eastern Europe, mainly Dutch premieres. Some of them were remarkable films premiered at Berlin, Venice, Toronto, Karlovy Vary, won prestigious awards and our visitors had the opportunity to enjoy them and to encounter the filmmakers personally.

In presence of 21 guests from 16 countries, we created a special atmosphere and a valuable exchange of thoughts and experiences in Filmhuis Den Haag and Het Nutshuis where the festival was held.

LOOKING BACK ON SPECIAL EVENTS
One of the special moments of the 2017 edition was certainly the BRUNCH WITH MIRJANA KARANOVIC, a silver screen icon of the Balkans, and lively TALK PRO with film programmer and industry advisor Mercedes Martínez-Abarca on how to get kick started in the film industry.

MASTERCLASSES
With the provocative docu-fiction Houston, we have a problem!, we opened an engaging debate during a masterclass on the (mis)use of media language, as well as with the scriptwriter’s masterclass attached to the screening of the Hungarian masterpiece White God.

EDUCATION
Our quite substantial educational program that visits schools and universities throughout the whole year, was also engaged during the festival with learning languages film program supported by EUNIC and one minute film competition in cooperation with the Haarlem college. Top 10 student’s work were shown in Filmhuis Den Haag, including the winning film Vrijheidsvlucht Chapter 3.

Memorable side events were wine tasting sessions accompanied by curious stories about each wine region, provided by AndereWijn, the live performances by Macedonian musician CVETANKA SOZOVSKA and the exhibition I REMEMBER/JA SJECAM SE by Laura Boerhout and Claudia Heinermann on Memories and dreams for the future of Bosnian-Dutch youth.

After 5 great days, we closed the Festival with the screening of amazing, multi-awarded QUIT STARING AT MY PLATE by Hana Jusic, cocktails and live music by Ukrainian singers CHERVONI KORALI. During the closing ceremony, the lucky winner ANNE BARBELANNE won the trip to Montenegro provided by BovenCA! 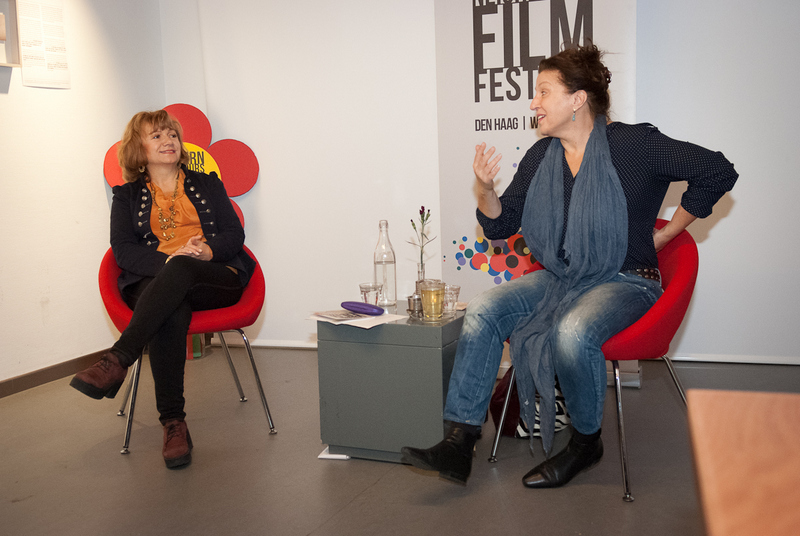 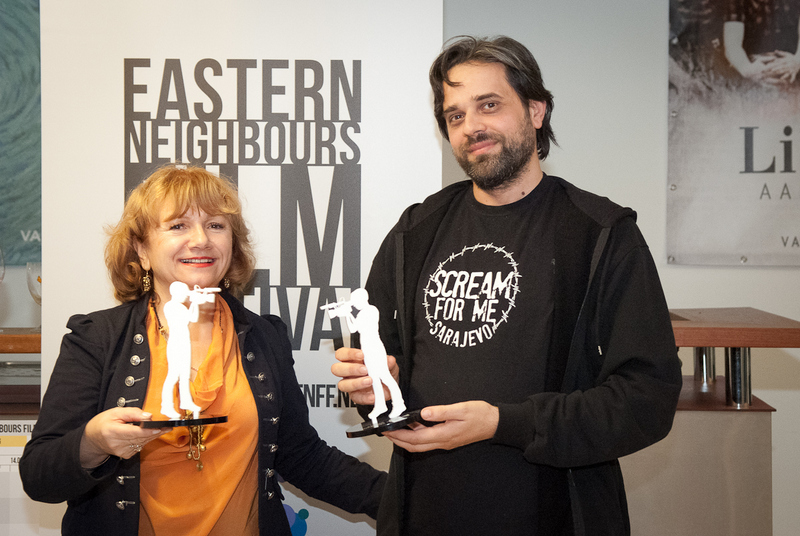 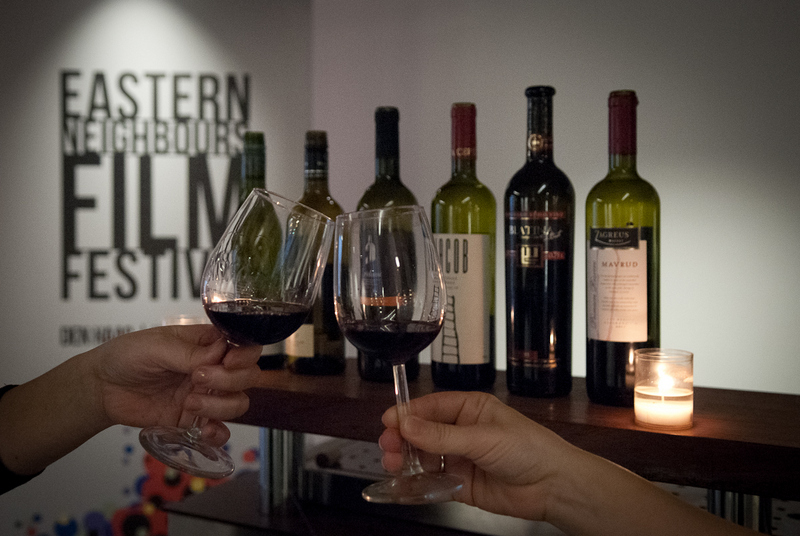 Although we said goodbye, we have three more strong and relevant film screenings in Filmhuis Den Haag presenting this year’s absolute highlights:

Monday, 6 November | 19:30 hours
MY AUNT IN SARAJEVO / MIN FASTER I SARAJEVO
By Goran Kapetanovic, Sweden, 2016, 58 min. Dutch premiere
The last chance to see our opening film – a deeply moving and humorous drama awarded at the prestigious Swedish Guldbagge Awards, about an obstinate Swedish daughter who forces her father to confront his younger Bosnian self on a trip to Sarajevo.

Tuesday, 7 November | 19:30 hours
THE CONSTITUTION / USTAV REPUBLIKE HRVATSKE
By Rajko Grlic, Croatia/Czech Republic/Macedonia/Slovenia/UK, 2016, 93 min. Dutch premiere
A fantastic black comedy by master Rajko Grlic, that enjoyed critical and commercial success wherever it was shown for its profound and courageous portrait of increasing intolerance in Croatia, touching performances and masterful filmmaking.

Wednesday, 8 November | 19:30 hours
QUIT STARING AT MY PLATE / NE GLEDAJ MI U PIJAT
By Hana Jusic, Croatia/Denmark, 2016, 105 min. Dutch premiere
The winner of the FEDEORA Prize for the Best European Film at Venice FF and directed by one of the finest, new voices of Croatian cinema in the last decade. A gloomy drama about tension in a family, sexuality and the heavy social conditions of the middle class in contemporary Croatia. 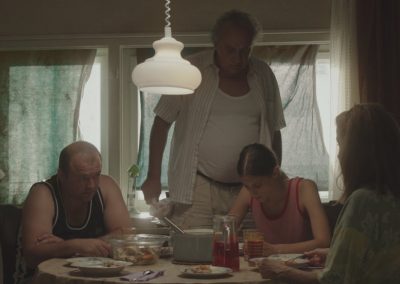