The fourth day of the festival brings you 26 Dutch premieres, 15 special guests and an unique chance to meet and great our VIP guest and a silver screen icon of the Balkans – MIRJANA KARANOVIC at the festival’s BRUNCH – 11.30 hours, Filmhuis Den Haag, free admission!

The outstanding Serbian actress and director MIRJANA KARANOVIC will present at the Dutch premiere of her latest film REQUIEM FOR MRS. J by BOJAN VULETIC. The host of the Q&A will be Dirk van der Straaten, the artistic director of Movies that Matter, who will also host the Dutch premiere of the film ECHO by DREN ZHERKA from Kosovo.

Don’t miss these fascinating documentaries – SCREAM FOR ME SARAJEVO by TARIK HODZIC about the concert of Bruce Dickinson (Iron Maiden) during the siege of Sarajevo in 1994, and the humorous Macedonian documentary AVEC L’AMOUR on a retiring professor who owns more than 100 vintage cars. The director ILIJA CVETKOVSKI and the producer ATANAS GEORGIEV will be present.

Your second chance to see two amazing Georgian films that work like twins – in a dynamic thriller HOSTAGES we follow the little-known event from Soviet Georgia, when 7 young intellectuals hijacked an Aeroflot plane in an attempt to flee to the West, and in BANDITS, we learn about the same event through documentary elements. The screenings are followed by Q&A with the producer TAMARA TATISHVILI and the cocktail at 16.30 offered by the Georgian embassy.

Discover Romanian films in the light of the county’s presence within the EU and get chance to talk to ANA AGOPIAN, the scriptwriter of BREAKING NEWS, and ANDREEA DUMITRIU, the director of WHEN TIME LOSES PATIENCE. Within our focus program, we also screen CABBAGE, POTATOES AND OTHER DEMONS by Serban Georgescu, an amazing story of a village with 1.000 tractors and 100.000 tons of cabbage that goes to waste.

A new female cinema voice from Croatia, KATARINA ZRINKA MATIJEVIC will present two films. A poetic, autobiographical documentary A TWO WAY MIRROR, and a powerful and unordinary love story THE TRAMPOLINE which digs into the dark side of mother-daughter relationship.

In our programme BORDERS, SLOVENIAN AND CZECH VIEWS, we bring several Dutch premieres of wonderful shorts, a.o. a dance film SOTTO by Ina Ferlan, A NEW HOME by Ziga Virc and charming and humorous CESKE VELENICE INFINITY by Jan Gogola. Furthermore, before the screening of STORIES FROM UKRAINE AND POLAND programme, a member of CHERVONI KORALI vocal ensemble ULIANA BUN will perform one Ukrainian song!

A must-see: HOUSTON, WE HAVE A PROBLEM! by Ziga Virc is an intriguing and masterfully crafted docu-fiction that explores the myth of the multi-billion-dollar deal between president Tito and USA. The screening is followed by a Q&A session with the scriptwriter and producer BOSTJAN VIRC and a cocktail offered by the Slovenian embassy. 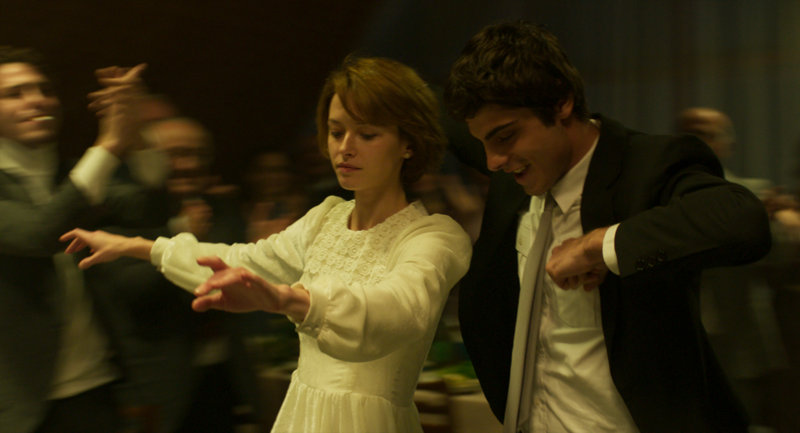