Vera Lackova: The Roma fought against the Nazis but no one teaches that in school

Growing up in former Yugoslavia, my generation was taught about the glorious past, World War II, and the heroism of partisans who sometimes even bare-handedly opposed Nazi troops. The streets of our cities and schools bore the names of local war heroes, and the squares were decorated with statues of our resistance leader Tito. We pronounced all their names with pride and laid wreaths and flowers on their graves. Later in life, I got to realize how some members of the resistance across Europe were never given the opportunity to be recognized, merely because they belonged to a minority ethnic group. One of those people was Roma hero Jan Lacko. Now his great-granddaughter, Slovak filmmaker Vera Lackova is trying to right that wrongdoing. Her feature-length documentary debut How I became a Partisan explores a family history while revealing the role of the Roma in the resistance movement and the not so well-known parts of the Czechoslovakian past.

This film stemmed from a promise you made to your grandmother after she told you how her father died in World War II, fighting on the side of the resistance movement. Why was it important for you to explore that part of your family history?

Yes, that’s right, it all started with a promise to my grandmother. I went to dig through the archives and discovered that my great-grandfather was not only a partisan but actively participated in the resistance. This was not the case only in Slovakia but everywhere where there was anti-fascist resistance: in the Czech Republic, Romania, Hungary, former Yugoslavia. Unfortunately, history does not speak of Roma fighters and war heroes. We don't learn about it at schools. The Roma are being presented as victims of the Holocaust, but the role of Roma who actively participated in the resistance of their countries is not sufficiently known in society. I believe historians have so much to discover.

What are the reactions of the audience? What do Roma say after the screening?

Reactions are positive. This is a sensitive, intimate topic and they feel very touched by the film. Most of them didn’t know these things and they are starting to talk about it after screenings. I notice the pride on their faces. Sadly, at the same time, we are experiencing hatred by some people who did not see this film, twho just want to speak ill about the Roma. On the other hand, others are starting to question their prejudices. 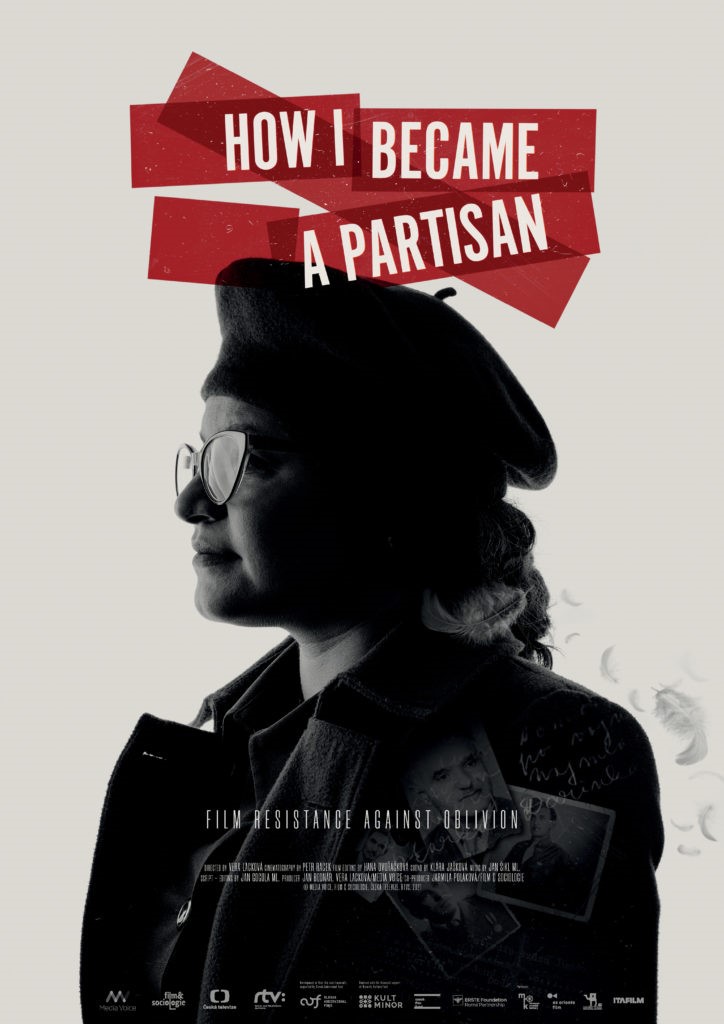 How far does this confrontation with prejudice go? Over the last ten years, we have witnessed many young successful Roma artists in Eastern Europe trying to raise awareness of the problems their minority is facing. Do you feel a positive change?

Not at all. It is true, there is a raising Roma wave of young people who are starting to do something by themselves. This is really great but generally, in the Czech Republic, Slovakia, and other European countries, neo-fascism is rising, there are neo-Nazi movements, even in the parliaments. I find that concerning. People are voting for them, my friends are voting for them. It is beyond my understanding. In the film, I confront myself with them, my friends, and different institutions. I deal with racism, prejudice. Take the example of the village where my great-grandfather was killed, after 77 years the opinions are still the same.

You speak very openly about the prejudices you encountered while shooting this documentary. After all, they can be seen in the film. Which situation surprised you the most?

Yes, I met prejudices and racism. Many people ask me after the screenings, how could I stand it?! How could I be so calm when they were not talking nicely or fair about The Roma? Unfortunately, it is everyday life for Roma people. I am used to this kind of things. Part of the public discourse is that the Roma are generally perceived negatively. Personally, one of the biggest surprises for me was a dispute over the construction of a memorial on the site of a former concentration camp in the village Lety u Pisku. The government bought the land and the Museum of Roma culture from Brno wanted to start building, but the villagers and Czech society are complaining. They opposed the idea.

It takes courage to confront as bravely as you did in this film. But you are not only a director, you have also founded the production company Media Voice with the aim of combating stereotypes about Roma and other minorities, and you are currently working on four different projects. Do you believe that the younger generations of Roma are inspired by your example?

I can't say that I am a role model for the younger generation. I'm not that famous yet (laughs). It is positive that I receive a lot of messages of support, not only from Roma. It’s nice to hear they’re proud of me.