MEET THE TEAM and WATCH A GREAT FILM

The Eastern Neighbours Film Festival has from the very beginning paid special attention to the selection of short films. By putting in the limelight this particular film form, we give space to new talent, young filmmakers who are brave enough to divert from the common and the known, to enter the exciting world of exploring new cinematic challenges, fresh narrative structures, eager to enrich the already existing film language. More than ever, it is obvious that the short films explore the territory of introspection and intimacy; they silently observe and sharply comment. More than ever, we need this kind of art that helps us understand the private and the public, the material realm as well as the world of ideas.

Because of the depth that short films pursue, the directors must make far different decisions when it comes to story structure, characters and conflict choice, than those who construct a longer film narrative. We have chosen 8 films of makers who dared to be uncommon, intimate, open and sharp.

Many of our selected shorts we believe to signify the advent of future film masters, but at the same time we screen films of already recognized directors who after working on fiction features, find again excitement in the short form. In this year’s selection half of the shorts are made by big masters who already won numerous awards, while the other half introduces fresh names and new talents. We are especially excited about presenting films of several strong female voices.

Films by known directors are AIRBORNE by the internationally respected Jasmila Zbanic from Bosnia and Herzegovina (whose films won many awards a.o. Berlinale main prize for ‘Grbavica’), that speaks of her husband’s fear of flying, a trauma connected to the four-year siege of Sarajevo.

The Romanian film SORRY by the well-known Sinisa Dragin (winner of Rotterdam Tiger for ‘Every Day God Kisses Us on the Mouth’), is a self-financed, beautifully shot, poetic film that explorers the notion of human connection.

Another film by an experienced author is THE LOVER by renown Macedonian director Igor Ivanov, who after making numerous fiction feature films (ENFF screened also Piano Room) is now applying alternative aesthetics in his short film.

A real veteran of the short film is the Montenegrian Vladimir Perovic. His film OUR LADY’S PEACE had the world premiere at Sarajevo FF and will have now its international premiere at ENFF. Perovic is one of those makers who nourishes a tradition of short film aesthetics, in which words and dialogue are more in the background, celebrating a pure language of cinema in image and sound.

Next to the experienced directors, we have newcomers like Macedonian directors Vanja Dimitrova and Natasa Dimitrevska who tackle relevant issues of justice and human freedom in LOCKED STORMS. They filmed in a space where they were allowed to shoot just for a few hours.

New female voice from Kosovo More Raca, whose fiction debut was premiered in Sarajevo last summer, made her impressive film AJO that tackles the position of women in the Balkans.

STICKER by Georgi M. Unkovski from Macedonia had its world premiere at the prestigious Sundance festival and very eloquently pictures the Kafkaesque state of bureaucracy in the Balkans.

The very versatile video artist and filmmaker from Croatia Renata Poljak is internationally known for her rather alternative narrative style. In her film YET ANOTHER DEPARTURE she interestingly enters the exciting fusion of personal and collective memory, including the story of an ex-Yugoslav navy ship.

All short films are introduced by one of our festival team members.

This unique, online warming-up program is available for you from 5 October 2020 on our online channels – for free! 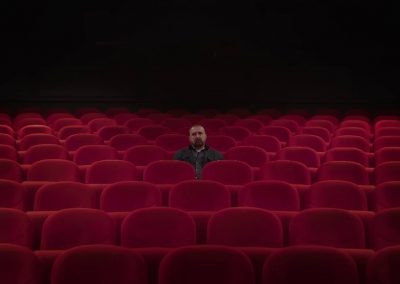 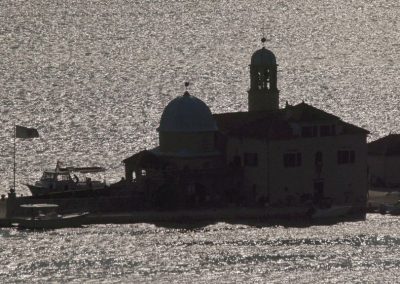 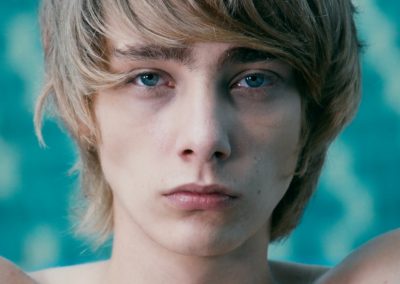 YET ANOTHER DEPARTURE
Renata Poljak | 2019 | Croatia