Next to the films of the Close Up Ukraine program section, we are also presenting three Ukrainian works in progress, all directed by female authors. The aim is to bring them one step forward in their process, to give them visibility, and honest and constructive feedback that might be instrumental in the finishing part of their creative process. Moderated by Margje de Koning, director of Movies that Matter.

HOW SHOULD IT END? by Marta Smerechynska 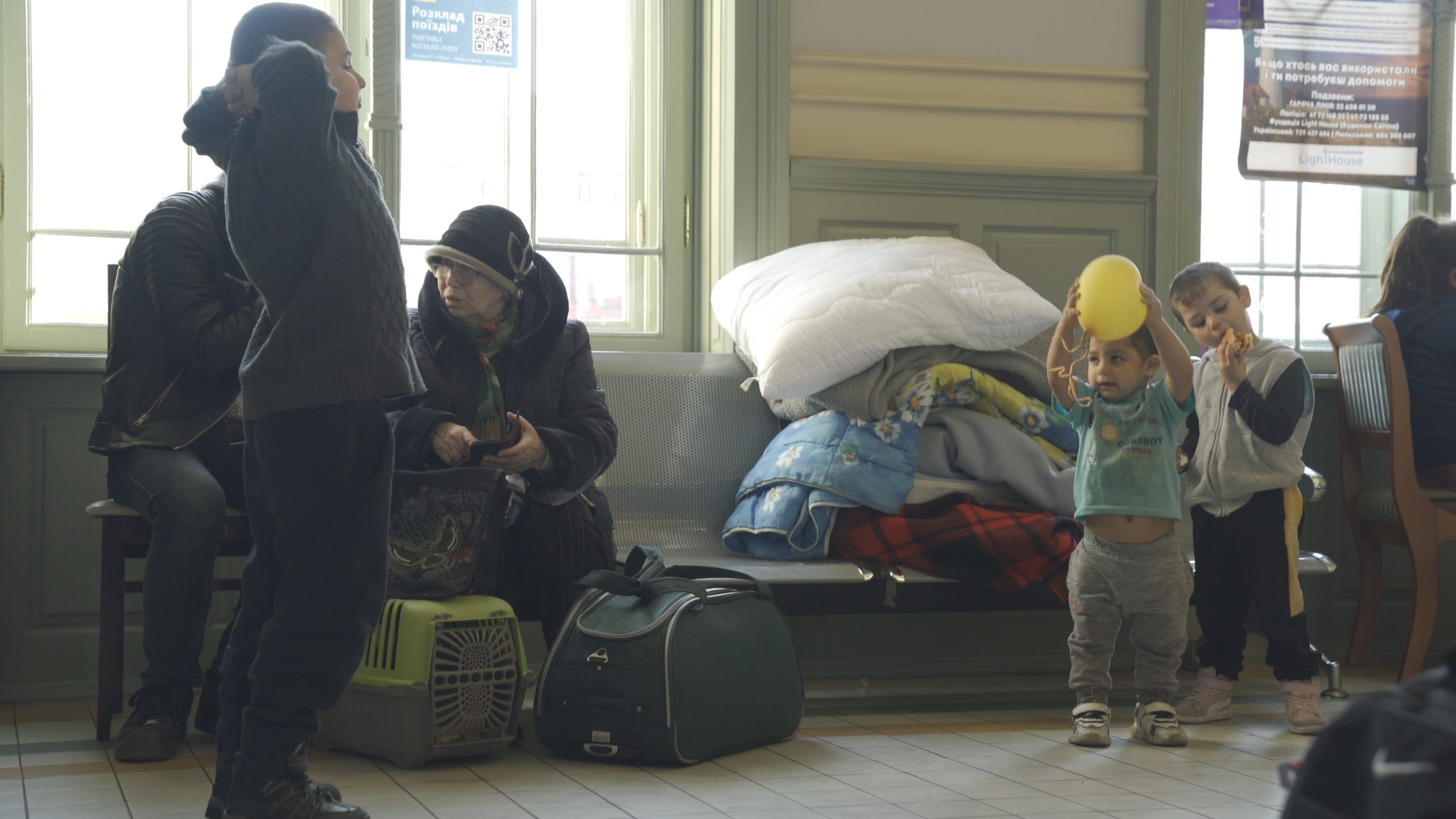 Waking up from the explosions in Kyiv, Marta instinctively gets on the road. On her way, she meets different people: someone chooses to stay at home, someone crosses the border but does not dare to move on while others who have emigrated a long time ago, are now reconsidering this decision. She moves from one place to another and cannot stop. Each meeting opens up to her some new facet of the current state of Ukrainians.

Marta Smerechynska is a documentary filmmaker and an actress. After graduating I. K. Karpenko-Kary’s University in Kyiv in 2019, she participated in the documentary filmmaking exchange with Polish-French Film Academy Kinographe. Currently, she is a student of a documentary directing program of L’Université d’été at La Femis in Paris, and is doing her master’s at DocNomads created by a consortium of three universities in Portugal, Hungary and Belgium. Prior to that, Marta worked on her documentary feature debut ‘’Diary of a Bride of Christ’’ for more than 5 years. 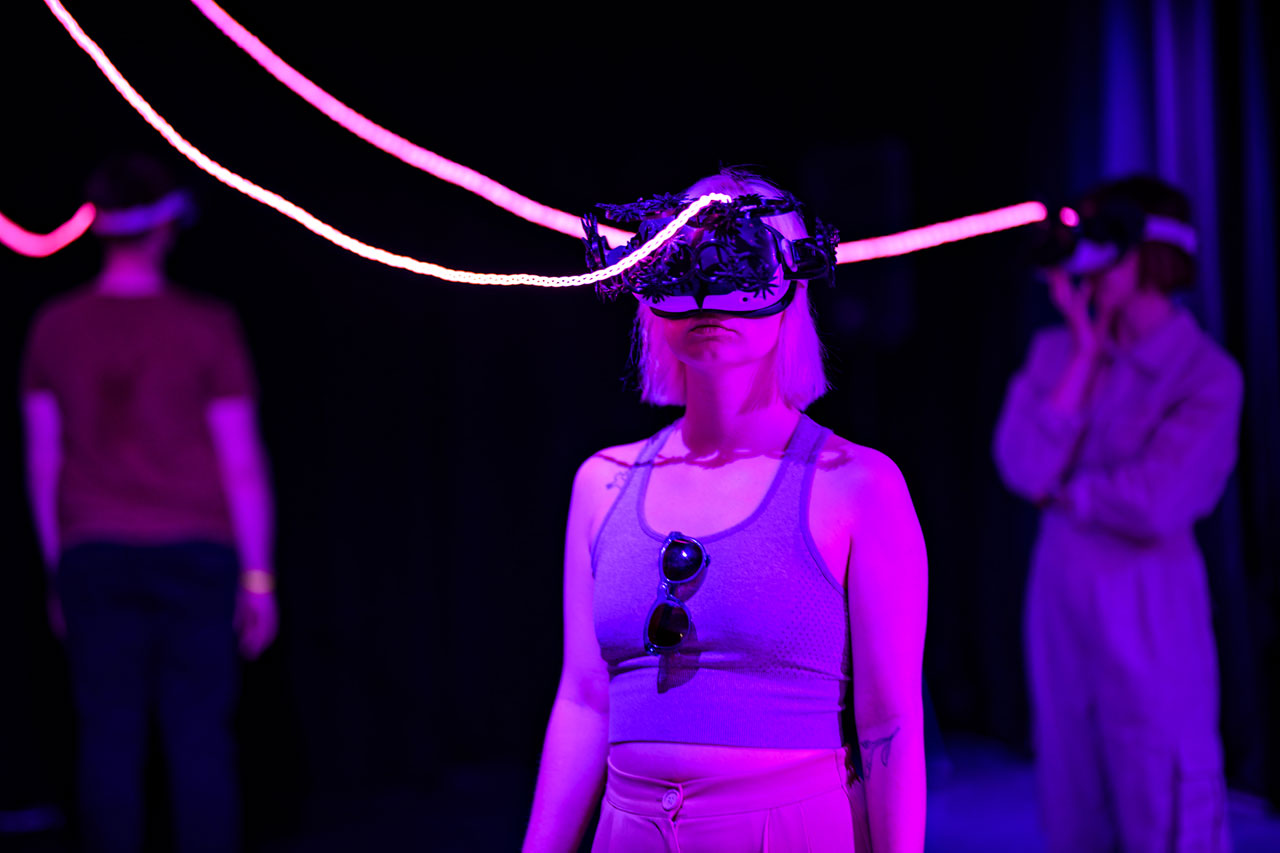 A multidimensional participatory performance within virtual and physical realities. Starting with Ukrainian traditions, Sophia Bulgakova is exploring and combining paganism from different cultures and other surrounding magical practices with contemporary discourse and technology. She is searching for common grounds to revive and reimagine relating and connecting to nature, technology, and each other by simultaneously creating a new communal and personal ritual. The performative ritual consists of verbal narrations, soundscapes, abstract colour, virtual environments, and choreographic compositions through which participants can submerge themselves into otherworldly experiences.

Sophia Bulgakova (1997, Odesa) is an ArtScientist interdisciplinary artist and activist currently based in The Hague. She is working on the intersection between art, technology, and society, focusing on the relationship between light, perception, and imagination. Through various sensory inputs in her installations and performances, she engages viewers, impacting their ways of perceiving reality and exploring new possibilities beyond it. Sophia studied sculpture in Kyiv and then got a foundation diploma in Photography and Time-Based Media at the University of the Arts in London. After that, she graduated from the ArtScience Interfaculty at the Royal Academy of the Art and Royal Conservatory in The Hague. Her works were exhibited at Ars Electronica (AT), CTM Festival (DE), Sonic Acts Festival (NL), Baltan Laboratories (NL), Mediamatic (NL), and Ningbo City Exhibition Hall (CN), among other places. 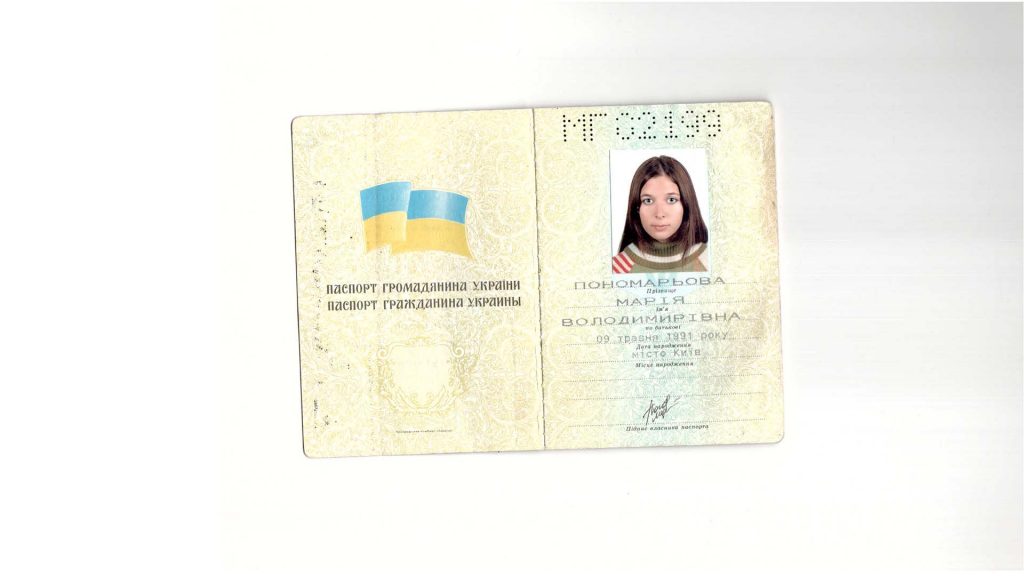 “Wikipedia defines patronymic as ‘a component of a personal name based on the given name of one’s father’. In a personal voiceover-driven short documentary Kyiv-born Amsterdam-based feminist filmmaker Mariia Ponomarova explores this notion as a paradoxical concept of patriarchal legacy and as an object of her love-hate relationship.”

Mariia Ponomarova (1991, Kyiv) is a film director, screenwriter, and creative producer based in the Netherlands. She studied film directing and screenwriting at Karpenko-Karyi Kyiv National University of Theatre, Cinema & Television, and graduated with an MA in the Film Artistic Research program of the Netherlands Film Academy. Her short films have been screened at national and international film festivals such as Sarajevo FF, Vancouver IFF, Vienna Shorts, Netherlands FF, Odesa IFF, CineDOC-Tbilisi, Go Short, ArtDocfest, Molodist IFF and others. Her first fiction feature ‘The Right Answer’ is taking part in Boost NL programme that includes pitching at NFF/Holland Film Meeting and IFFR/CineMart. ‘Nice Ladies’ is her debut feature-length documentary film. Mariia is a member of the Documentary Association of Europe, Ukrainian Film Academy, Directors Guild of Ukraine, Ukrainian Non-Fiction Cinema Guild.